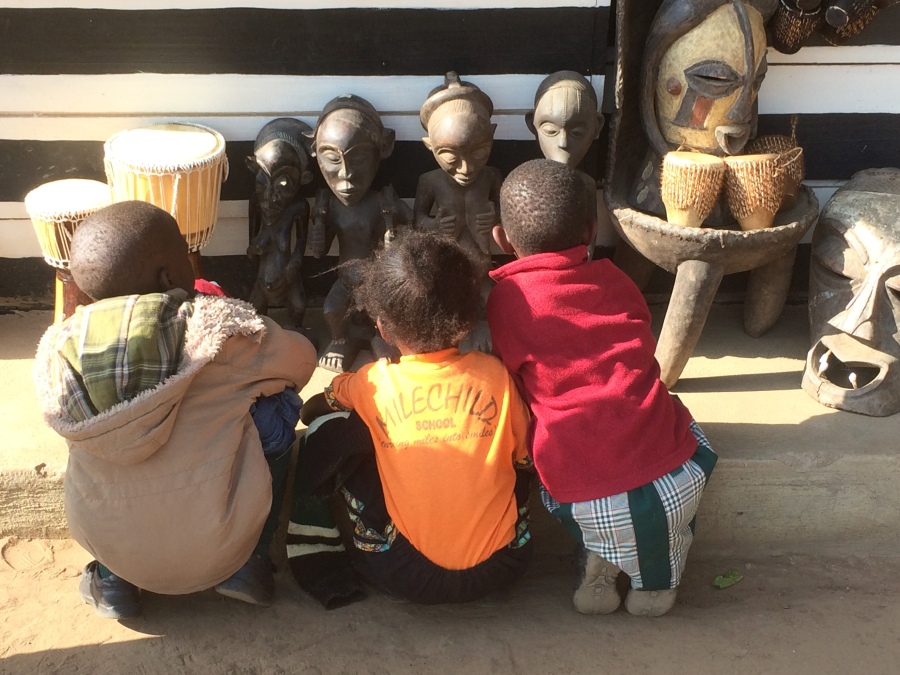 They say beauty is in the eye of the beholder and that it is all around us, (if only we remember how to look).

I have now entered my third week of working here in Uganda, and quite honestly I lost this ability almost immediately upon commencement of this. Whilst I won’t go into the finer details of why, I can simply state that communication is hugely vital in pretty much all aspects of life. When making the minor decisions such as to leave the entire “life as you know it” in order to fully immerse yourself into the unknown, having some form of clear communication channel around this is somewhat useful. At least it is for me. Thus when I found myself at my new workplace on day one, in a role entirely different to the one I thought I had come for, I was utterly thrown. In fact, I was devastated.

There are both problems and benefits with what is actually my status quo now. The details of which are not so much for sharing, at least within this context (more so for me to process and resolve within my own self, through time, experience and trust).

However, I can admit that the shock to my system has been intense and that it took a lot of my energy and meditative intention not to turn my back on the situation and make an alternative choice (and possible retreat). In my heart, one of the main reasons I am here in Uganda is because it is a developing country: I feel I have the skills, the knowlege and the desire to support this in many ways. There was a strong sensation for me when work began, that due to whatever crossed wires or miscommunication there had been, I would not be able to be true to my heart anymore.

A few weeks later and this continues to come to my mind. But, what has been the most amazing part of this experience, has been the opportunity to reflect, reframe, and relieve. Wherever I am, whatever I do, if it comes from my heart and my positive intention, then any work that I do is making a difference. And I grow every moment that I allow this space and recognition. Thus all work that I do/am part of, can benefit myself and those it involves …

Moving on, one thing that I had anticipated before starting work here was the dichotomy between mzungu life and that of a Ugandan, (due to different outlooks naturally, but more so due to difference in pay rates and living quality). I knew that I would be working in a more artificial environment than if I was working as an NGO or for a charity for example. And this is accurate; I am now in somewhat of a priviliged (and almost sterile) position. It feels at odds to my conscience yet I am grateful and feel utterly blessed for the work itself. As without it, I would not have come here, nor for an as yet unknown amount of time.

In order to remind myself of what Uganda is about and to not get swept up into re-creating my UK life simply with African benefits, I am therefore being proactive in using my non-work time to learn. I have piles of books that I am reading (including ‘Things Fall Apart’, by Chinua Achebe, ‘The Places That Scare You’ by Pema Chodron, an English-Ugandan phrasebook, and Siddartha), I speak to every person that I encounter, and I watch. I watch everything. I watch everyone. My eyes feel wider than they have ever been before.

From this position, one of my key intentions from my time here was/is self-care. To use the space that has been created by the absence of my amazing social and family network, for my own health and wellbeing benefits. Suddenly I am finding that my yoga practice has taken off and my body is acheiving asanas I have never before even been able to consider. I feel tired for sure, but I am requiring less sleep than ever, and I wake almost every day before the sun has risen, meaning that as I stir in my bed I am greeted with the dulcet tones of prayers from the local mosque and rays of sun appearing through the clouds.

And more than all of this, I am using my non-directed time to explore. I happily call my now familiar and trusted boda driver, Godfrey, and off we go into the night, on hairy bike rides amidst masses of traffic. If there is a route we need to take, it matters not the direction of traffic that we meet. There are apparently no rules of the road here. On more than one occasion we have turned directly into hoards of vehicles coming straight towards us! And thus far, (may my guardian angels be thanked and blessed), I have come away each time unharmed. Though I have witnessed some scary accidents, and almost within an arm’s reach. (Passing through all of the traffic, I have also knocked elbows with other passengers, ducked out of the way of wing mirrors, and on more than one occasion closed my eyes and taken a nice deep breath of acceptance and trust!)

Which leads me finally on to regaling the details of the most recent weekend passed. I knew that once in Kampala, and working, I would need to be creative with how I could use my weekends to explore. And this I feel I am already acheiving well. Last weekend was a prime example. I wanted to visit Lake Mburu, one of the many National Parks here. Namely because it is within reasonable reach of Kampala, at approx 4 hours away, but also because a) it is the home of many zebra, and b) it is one of the few NPs that you are allowed to walk around rather than just be on a game drive.

However, I struggled beforehand to find a relatively low budget way to achieve this goal, thus when I saw an advert from a children’s charity offering a package, I jumped at the chance. And my heart cried the whole weekend through …

The safari itelf was wonderful, involving game drives, a walking safari, and a boat cruise. There were more zebra than I can possibly describe, as well as many antelopes, water buffalo, hippos, crocodiles, African fish eagles, monkeys, herons, kingfishers, and warthogs. I was utterly thrilled at the walking aspect too – we learnt that the water buffalo is supposedly Africa’s most dangerous creature for humans (I’ve since heard arguments to the contrary). It is said that the buffalo has learnt that humans mean death, thus in general if it feels you are approaching it, it will stampede you, not stopping until you are dead; it has learnt that it needs to kill or it will be killed. We learnt that hippos are incredibly territorial, and will also present a threat to humans if they are on foot and walking within its midst. Thus our Ranger walked with a primed gun and a highly-alert ear, stopping every few minutes to assess the environment and the sounds that he could hear. Amazing. The first time I have ever felt so much at the mercy of mother nature and its creatures. I adored it.

There were many other tales that we were regale with whilst on the safari, which I loved and caused me to continually beam from ear to ear upon hearing them:

~ a lion appeared in the park in 2008, seemingly from the Tanzanian border. Whilst male lions do not hunt and rely on their pride to do, this male remains as the solitary lion in the park and thus has had to adapt to be a hunter. He tends not to eat the zebra, as this would mean expending too much energy for a novice such as he. Though there were some telltale signs of a lion’s hunt as we walked around the park – skulls and bones, amidst dried out skins (lions will tear this off before eating the flesh).

~ likewise leopards tend to mis-hunt 8 times out of 10, and thus they have learnt to stay in the trees to observe prey before deciding upon a kill. Yet in the NP, due to the plethora of creatures here, they hunt literally just to drink blood. 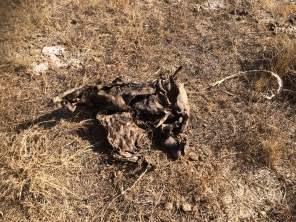 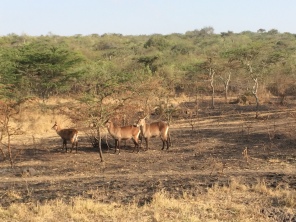 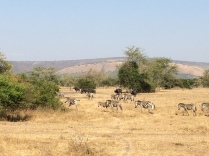 All of this works in culmination to enhance the drawing out of the philocalist within me…. (to be not only explained but continued) …

2 thoughts on “Remembering how to be a philocalist (part one)”