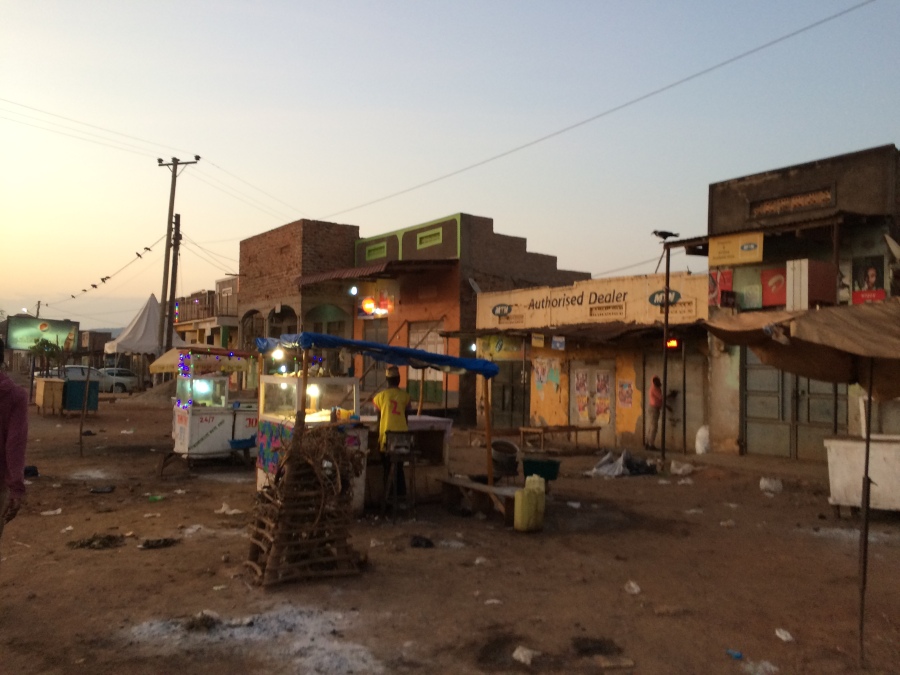 It was so refreshing for me to have left the concrete suburbia within which I presently live, to once again return to the sensation of being in Africa. I had lost sight of it very quickly and I knew that I needed to act on this before I became further swept up into a confusion of neither being here nor there.

A friend who had not yet travelled much of Uganda came with me, and we opted for taking the easier route of hiring a driver for the journey. We were limited on time and had we have travelled in one of the more local ways, we would not have made it until the early hours of the next morning. This would have meant lower costs for sure, but it also would have put paid to the safari we were going for, due to tiredness and very restricted time.

As mentioned previously, the trip was organised by a charity, but as I had understood it, our two nights of accomodation were to be within a hostel/guesthouse. When we arrived and found we were actually staying at the school, I admit I was confused. Though I didn’t mind; my intrigue was immediately ignited and I felt my glow return tenfold. I probably hadn’t read the information correctly due to  a full ‘work-brain’, and I was fine with it – t’was yet another adventure.

There was no hot water, no food available (we arrived late), no lock on the door and no mosquito nets. There were friendly goats (Hilda and her family) who greeted us as we arrived – as if they were really dogs – and our room contained two beds, plus a beautifully hand-carved deep wood cabinet and delightfuly thick warm blankets. It is cooler there at night! I slept better there than I had done in weeks.

We rose way before sunrise, and clambered onboard the 4×4 minibus for our safari, only to find that four students and a teacher from the school were joining us (I never did work out if our payment had enabled them to come with us for this experience, or if they were coming regardless). The darkness of the night prevailed, so it was in fact hours before I actually saw our fellow passengers, as they remained uneerily silent on the back seat all squashed together by ‘teacher Anne’.

The journey to the park fascinated me, as have all that I have thus far experienced in Uganda. To me, the country seems to be one that never sleeps. But for the first time, I witnessed the motherland in stillness as we sped along the highway. I saw the redundant chapatti stands silently awaiting their fires to be lit. I heard the birds stirring and chattering away to each other in various song. I watched the melee of different buildings go by: concrete cubes, round wooden huts, tin metal shacks, huge ex-pat houses, and the oh so many Africell and MTN phone/airtime huts as well as the Sadolin paint stalls telling all that pass to “colour your life”. 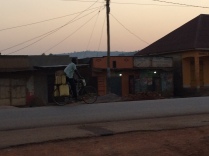 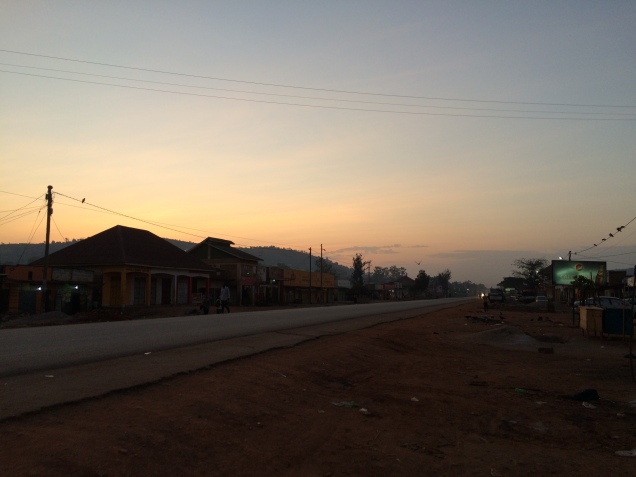 As soon as the sun rose, we arrived at the park and my inner philocalist was already wide awake….

NB: Philocalist = one can see beauty in even the smallest of things.

The young children in the back began to stir and chirrup away, slowly but surely nearing myself and my friend with a fascinated trepidation. As we arrived at the gate, they spotted the first of many crafts huts, and they were fascinated. The child in me also awakened and our play began. 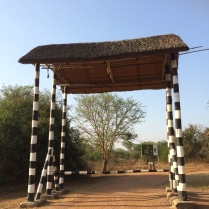 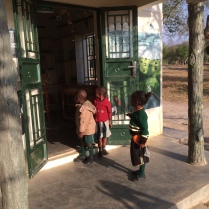 This was where the weekend took an entirely different turn for me and I woke up. I had travelled to the Lake to go on a safari, to be back in the great outdoors, to experience another plethora of wildlife, flora and fauna. What I hadn’t anticipated was for the experience that my heart was to go through, by nature of these angels being there with me.

I know that I am not yet a mother, and perhaps will never be. But those children sank deep into my heart within moments, with their innocence, their excitement, their joy, their fascination, their philocalism … well inside I cried from start to finish and I continually gave thanks to the universe for their presence.

It was no longer a safari for me.It was a journey, a life-changing, eyes-opening, laughter-inducing, love-building, joy-bringing wonderment of happiness and sorrow all in one, for this wanderer.

The kids loved every single moment, whether they were calling out “Hello zebra, how are you?!”, running fearfully away from the food-stealing monkeys and hiding between our legs, looking at wood carvings, drums and jewellery for the very first time, grunting back at the huge hippos that left them quivering with fear as they cuddled into my arms, or simply giggling away at the opportunity to clamber on top of the seats and each other as we all leant out of the raised roof to get  a better look at the animals and land that we passed by. 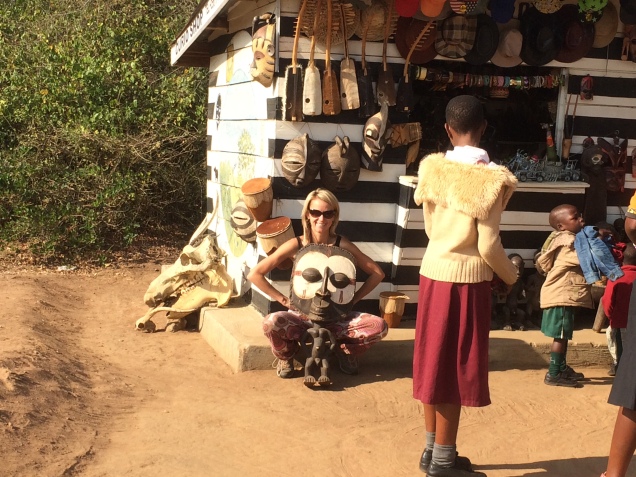 All of us children together played and played. Marvelling at the sounds and the sights, taking all opportunities to try things out for the first time – the kids thought it was magnificent when they could (well so they thought) drive the boat, and they thought it was hilarious when I took some of the bones and prowled around pretending to be Maleficient, so that I could send the picture home to a loved one’s daughter. 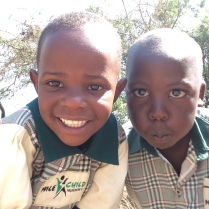 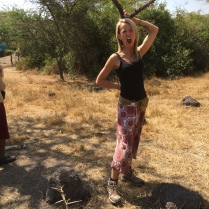 As we ended our time in the park, we stopped at the beautiful Rwakobo Rock for a refreshments break, and to watch the sun go down.

It was unfathomable really, to take such humble children to a place like this, but they adored it. We each played in the hammocks and chair swing, and marvelled at the spectacular view (I will most happily return here with any of my far-away visitors should they wish to experience it too – bit too lavish perhaps for little old me to stay there solo but it would be a wonderful treat I am sure). 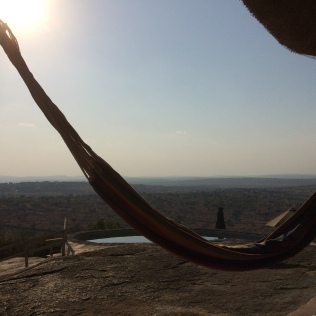 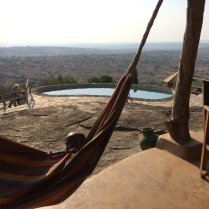 I taught the children how to play ’round and round the garden’ as we ate together late that night (we arrived back too late for two of them to get back home safely), which filled them with sheer delight. Especially when they tried to emulate my words and play the game back to me – my beloved Jude’s face beamed from ear to ear as he travelled his two fingers up my arm preparing to make me jump and be tickled by him!

It was such a gift for me, to have been enabled to spend this day with these souls. Of course I understand that our presence was also special for them and they will have learnt a lot from us even in that short space of time.

But it inspired me, it filled me with love, it helped me to arrive home.

The next morning we were due to leave early but I changed the time of our departure, so that we could take the beautiful Jude along the long walk home. Martin, the director of the charity/foundation (MileChild), told us all about the school, their eco-village, the support they give to local families and young people, and of all of his plans for the future. I learnt (as I had perceived), that Jude struggled at school especially with controlling his emotions and that he doesn’t make friends easily. Martin told me it was wonderful for him to have seen Jude bond with me so well. Me, honestly, I was (am) in love with the boy.

We walked along the dirt paths, through the banana trees and past the clay-brick kilns. We saw young Ugandans carrying huge containers filled with water from the village well, (on their heads or on the back of a bike that they pushed along). We saw women carrying huge stacks of fire wood and sticks, again on their heads, seemingly effortlessly; I don’t think I would even be able to pick the stack up from the ground. And we met different families, all of whom with young children in need of schooling, but with little or no means to make this happen. 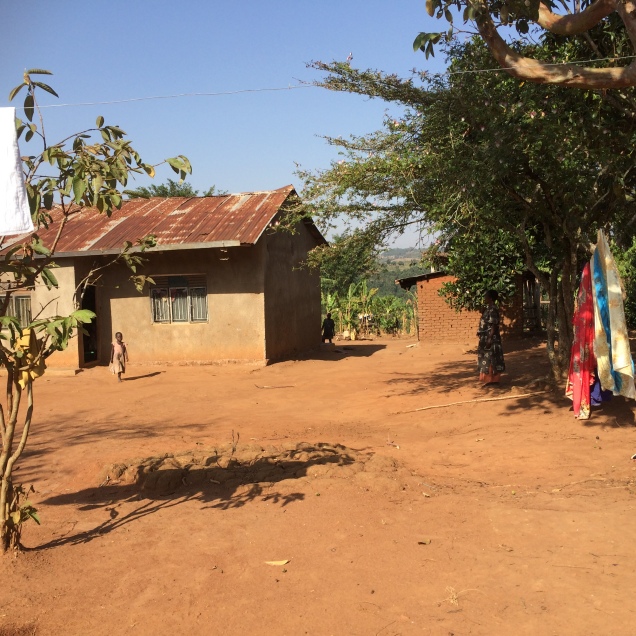 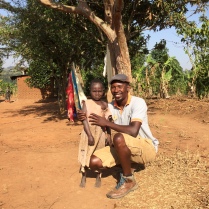 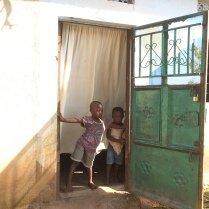 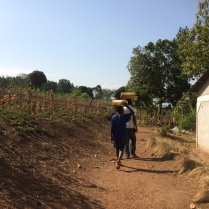 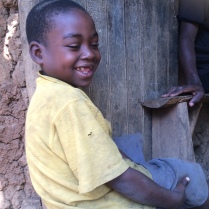 One family have suffered many illnesses and the husband is not providing for them at all due to a crime he committed and is thus incarcerated. Another family have recently lost one of their children due to malaria, but as the child was attending the school, they had become fearful and thought the school was in fact dealing in witchcraft and were sacrificing children. A young woman of 23 lost eight of her relatives in a road accident two months ago, as well as experiencing the death of her husband only a short time prior to this. She has two young children and minimal education herself, thus she struggles to provide for her family and herself at all.

There had been no signs of any of this suffering within the children that we had safari’d with. They expressed simple joy, laughter and mischief. It was a magnificent demonstration of seeing beauty in that which is right before you. It gave no trace of anything that had passed, nor of what was to come.

The school itself is a magnificent project, already well in motion. With a newly-build biofuel energy system preparing to operate, two fully functioning classrooms and a second storey almost complete. A big sized playground, with bicycles recently shipped in from a UK donor. An organic garden in place to be nourished and built-up. And some utterly amazing staff and volunteers too. 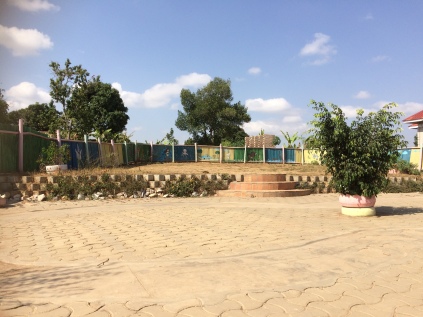 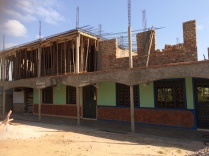 The weekend for me will be remembered for many years. Not as the first time that I saw zebra and learnt about their unique markings, akin to our fingerprint. Nor as the time I learnt about the forgetful warthog, losing its children, or the Impala with its ‘m’ imprinted on it’s rear.

It travelled deep into my heart as a reminder of what beauty there is in this world, regardless of what darkness there may also be. An inspiration of what you can achieve when you come from love. And an opportunity for me to involve others in what I feel is an amazing cause. One of many of course. But it is a start. I came to this country for a reason. For many reasons. And that weekend, well it was one of them.

NB if you would like to be involved in supporting one of Mile Child’s children and their schooling, please leave a comment and I will give you details on how to achieve this. It costs less than a three-course dinner for two back in the West.

4 thoughts on “Remembering how to be a philocalist (part two)”